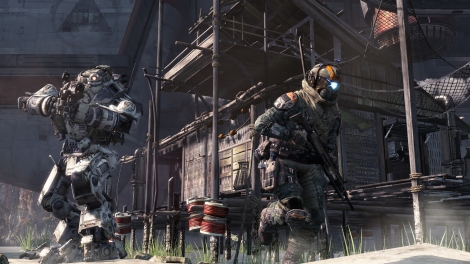 Stand by for Titanfall! Registration for the Titanfall beta is now live!
Sign-up at http://www.titanfall.com/beta for your chance at beta access.

The beta is set to begin on February 14th. The beta start date is not mentioned on the sign-up page, but the official beta trailer confirms the Valentine’s Day start date.  Beta registration closes on February 14th, at 4PM PST, so be sure to sign-up now. Only a limited number of users will be selected to be a part of the beta, but Vince Zampella stated that they will try to get as many people into the beta as possible, and that anyone who registers will at least have a chance at participating in the beta. One thing is for sure: if you don’t register, you can’t get in the beta, so go sign-up NOW! Selected users will be notified via email no later than 11:59 p.m. PST on February 17th. The Titanfall beta will be available on the Xbox One and PC.

Also, check out my video for the recommended Titanfall PC specs:

Check back here or on my YouTube channel for beta gameplay footage. I hope to see you all on the battlefield!

This site uses Akismet to reduce spam. Learn how your comment data is processed.

All games and images are copyrighted by their specific owners. All views expressed in this blog are strictly my own, and do not represent any company or other person unless stated otherwise. This blog is for the purpose of sharing my love of video games with you.